The 4 banks of the climate apocalypse

Where are you banking? The 4 largest banks in the United States still invest exorbitant amounts of money in the fossil fuel industry. Just as an example, according to the Fossil Banks organization, between 2016 and 2019 only 35 private banks globally allocated «$ 2.7 trillion dollars in fossil fuel projects and companies.»

The fossil fuel industry is one of the companies that contributes the most to global warming and climate change, but it is also one of the most lucrative and largest in the world.

According to the financial site MX, JPMorgan Chase Bank, Bank of America, Wells Fargo and Citibank are the 4 largest banks in the United States based on the amount of assets they own.

The Banking on Climate Change 2020 report shows that only JPMorgan Chase Bank allocated between 2016 and 2019 the amount of $ 268.593 billion dollars in fossil fuel projects.

For the fracking sector, Chase has invested $ 43.23 billion dollars, being the bank that invests the most in this area in the United States.

JPMorgan Chase does not have any restrictions that do not allow financing in the sub-sectors of the fossil industry. For the gas and oil sections, there is no restriction, for the coal section, Chase has policies that do not allow the financing of coal mining and projects that use coal as an energy source. Yet JPMorgan Chase has spent or invested $ 1.84 billion in coal mining from 2016 to 2019.

For the coal-fired power source subsector, Chase has allocated $ 4.30 billion.

But things seem to be starting to change at JPMorgan Chase. This year the bank received a letter from its shareholders asking if the company would align itself with the objectives of the Paris agreement and how it planned to do so, in the face of current climate risk.

In addition, the banking giant «expects to reach its goal of supplying 100% renewable energy for global energy needs in its buildings, branches and data centers by the end of this year.»

The second largest bank in the United States also has exorbitant amounts of money invested in the fossil fuel industries. From 2016 to 2019 they have invested the amount of $ 156.925 billion dollars.

However, this amount is less than what Wells Fargo and Citibank have invested.

Bank of America has invested $ 30.27 billion in fracking projects in the last 4 years, only surpassed for Wells Fargo and JPMorgan Chase.

When it comes to Arctic oil and gas exploration, Bank of America has invested $ 0.86 billion, a figure that is surpassed by Chase, which has spent $ 1.71 billion in the same period.

Despite being the third largest bank in the United States, Wells Fargo is the second largest bank investing in total fossil fuels, since 2016 it has invested $ 197.91 billion dollars.

Wells Fargo is one of the banks that still does not apply any restrictions to the financing of investment projects in the fossil fuel industry, so all forms of exploitation are an opportunity for the entity.

Wells Fargo has invested $ 0.38 billion in the Arctic oil and gas subsector.

In the controversial fracking, the financial institution is also the second largest investor in US banks with $ 30.98 billion dollars in the last 4 years.

Wells Fargo invested $ 3.70 billion in financing projects that use coal power also between 2016 and 2019.

Good news also comes from Wells Fargo which has not invested in coal mining projects in the last 4 years, which probably means a tendency not to continue these types of investments.

Citi is the third largest US bank invested in fossil fuels, surpassed only to JPMorgan Chase and Wells Fargo. In the last 4 years Citi has allocated $ 187.67 billion dollars to finance projects of this type.

It is also the second largest bank invested in oil and gas projects in the Arctic, with $ 1.44 billion.

Despite the multiple inconveniences of fracking or hydraulic fracturing of the soil as a method for obtaining oil and gas, banks continue to allocate large amounts of money to this area.

The reason? Since the “recent” massive use of fracking, the United States has increased production, in turn lowering gas costs, offered energy security to the country for at least 100 years by increasing its reserves, and allowing the possibility of generating electricity at half the CO2 emissions produced by coal.

But the flip side of fracking also causes concern about its consequences on the environment.

Fracking uses large amounts of water that must be transported to the drilling site at significant environmental cost. It also increases the amount of tremors in areas where potentially carcinogenic chemicals are developed and used that can escape during drilling contaminating groundwater at the site.

Some banks are applying certain restrictive policies regarding the financing of coal mining projects, also due to pressure from the scientific community which states that one third of oil reserves, half of gas reserves and more than 80 percent of One hundred of known coal reserves must remain unburned to meet global temperature targets under the Paris Agreement, according to an article published in Nature in 2015.

The sudden reduction of exploitation and production of crude oil would create what experts call a «carbon bubble», in which oil prices could plummet due to technological changes in the energy sectors, global transport and changes in consumption habits, which would eliminate between 1 and 4 billion dollars from the global economy.

“The equivalent of between one and four trillion US dollars could be wiped off the global economy in fossil fuel assets alone. A loss of US$0.25 trillion triggered the crash of 2008 by comparison». 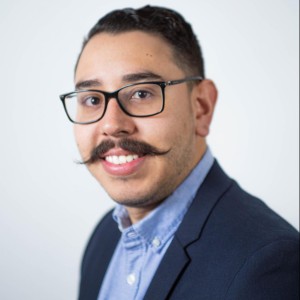